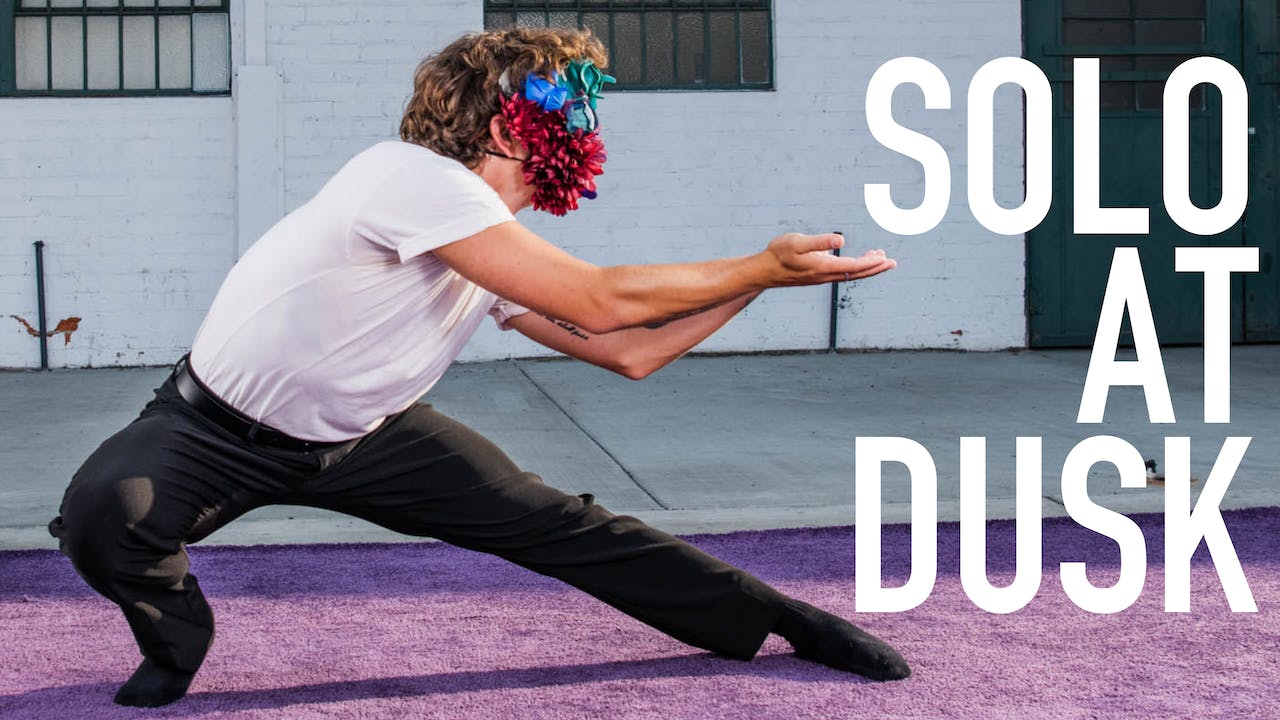 World Exclusive Digital Premiere of Solo at Dusk, a new work from Bobbi Jene Smith with Or Schraiber
We need the arts now more than ever—the healing, the hope, the release and the joy.
Unleash it all and join our GLOBAL VIEWING PARTY for one day only.
DECEMBER 12th 2020 at 5PM PST
Pre-order your tickets now.

Solo at Dusk was filmed in a single shot on stage, the camera floating in and out of the movement with the dancers, giving viewers the sensation that they are there, part of the performance.

You will have access to Solo at Dusk for 24 hours, beginning at 5pm PST.

They said:
There used to be a town.

They said:
People used to talk with their bodies. Sounds made you remember.

They said:
Practice to feel.

They said:
The ground was soft, and so were they.
Flowers grew over their faces.

Solo At Dusk - a dance for seven individuals in the throes of loss, memory, and rediscovery.

Commissioned by L.A. Dance Project and made possible by the generous support of the Someland Foundation.

The Bobbi Jene Smith + Or Schraiber residency was made possible with the generous support of Van Cleef & Arpels.⠀⠀⠀⠀⠀⠀⠀⠀⠀